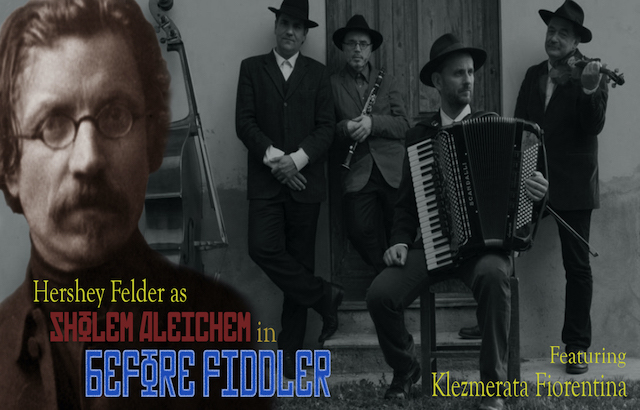 Before the beloved musical Fiddler on the Roof, there was Sholem Aleichem and his beloved character of ‘Tevye the Milkman.’ Before the beloved songs “Tradition,” “If I Were a Rich Man,” “Matchmaker” and more, there was music of the old world… a music that imitated talking, laughing, weeping, and singing, where musicians didn’t just make music, they spoke to you in song – Klezmer. In Florence, Italy, one of the oldest artistic centers in the world, a group of such musicians have been by day, virtuosos in Florence’s world famous Maggio Musicale symphony orchestra; by night, they are the Klezmerata Fiorentina…with their ancient European roots and Hershey Felder as their storyteller, playing an array of characters and music from the “Old World,” from from a milkman, to a yente, to a rabbi, to a newlywed daughter, and many others.