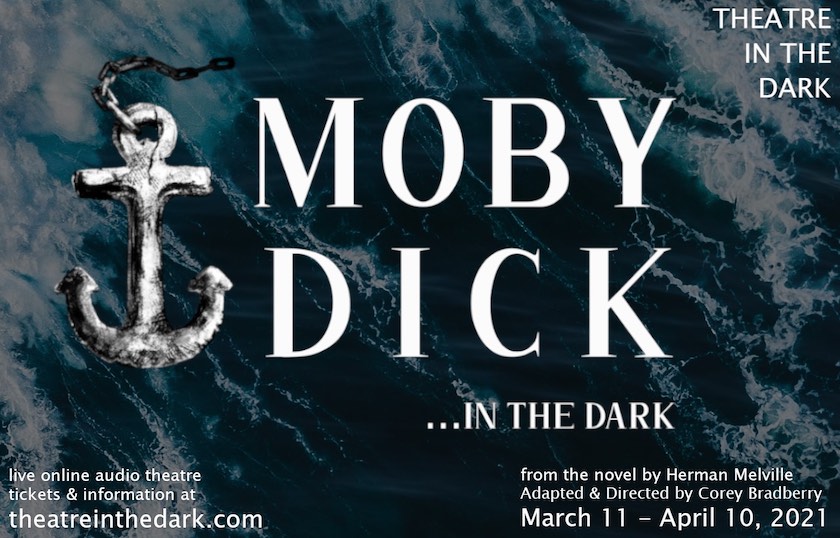 Actors broadcast live across 5,500 miles to audiences around the world (including 40 states, 4 Canadian provinces, and 12 countries) as Theatre in the Dark cooks with signature style the story of young Ishmael’s three-year voyage across the earth’s oceans in pursuit of Captain Ahab’s fiery revenge for an elusive and vengeful sperm whale named Moby Dick.

After losing his leg in pursuit of the devilish White Whale, Ahab vows vengeance at all costs, but to what lengths will he turn to seek that vengeance—and at what cost to his crew?

We need community now more than ever! Audiences are encouraged to coordinate remote “listening groups” with close friends and loved ones, and connect even while we’re apart.