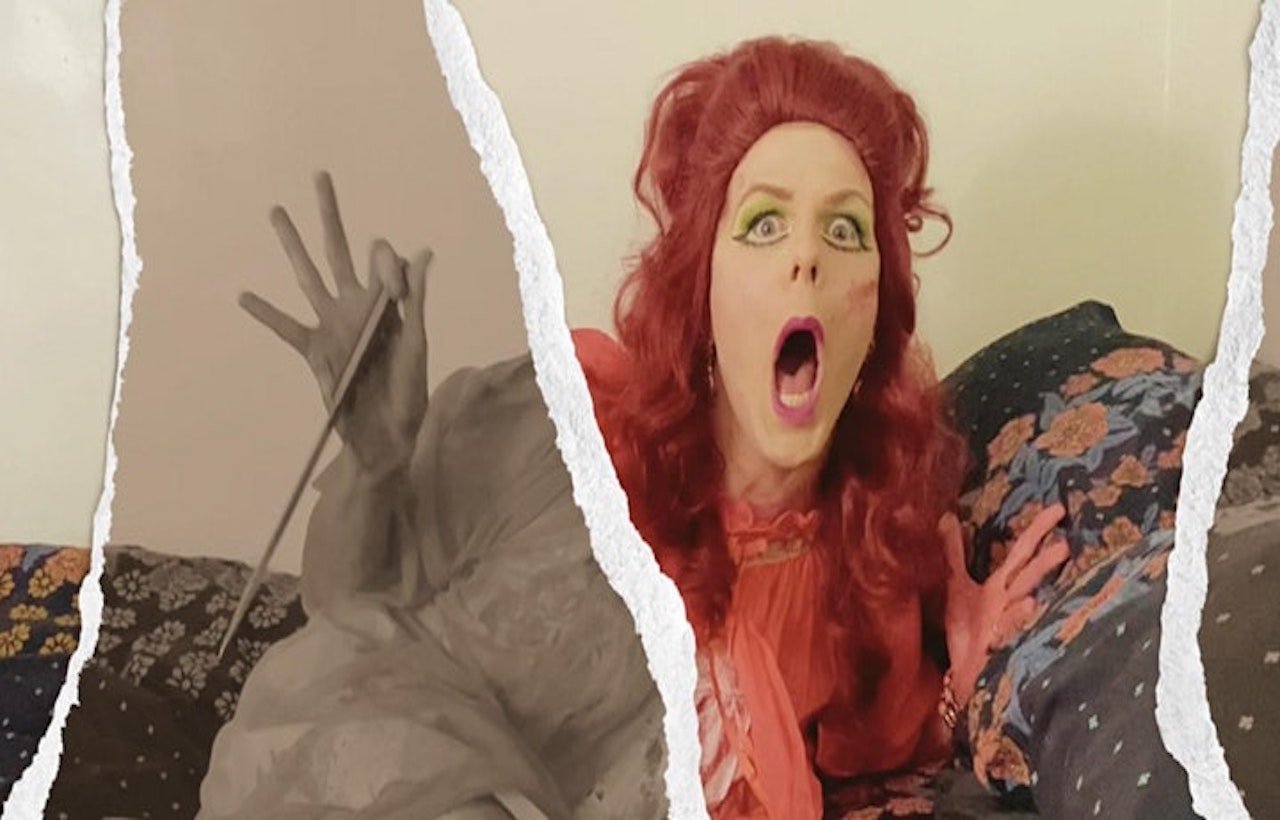 1969 was a year to remember. We saw the arrival of the 747, the departure of The Beatles. The first human landed on the moon, and a family named Brady moved into our televisions, as well as our hearts.

Some would say these events pale in comparison to the final episode of Lady Marcia Macbeth’s long-running lifestyle program “I’m Not a Suppressed Homemaker!” Why was it the last episode? In a nutshell, after helping her husband commit murder, she opened the show covered in blood and on the verge of multiple nervous breakdowns. Ever the professional, she managed to find the time to bake a chicken pot pie and kidnap Lesley Gore! The episode was immediately banned from syndication, and the footage was long-rumored to be lost in Omar Sharif’s underwear drawer. However, Hell in a Handbag’s Tyler Anthony Smith risked life and limb to learn the truth. This is the story of Lady Marcia Macbeth – the original real housewife.

Fair is foul, and foul is fair, what happened that day live on air?