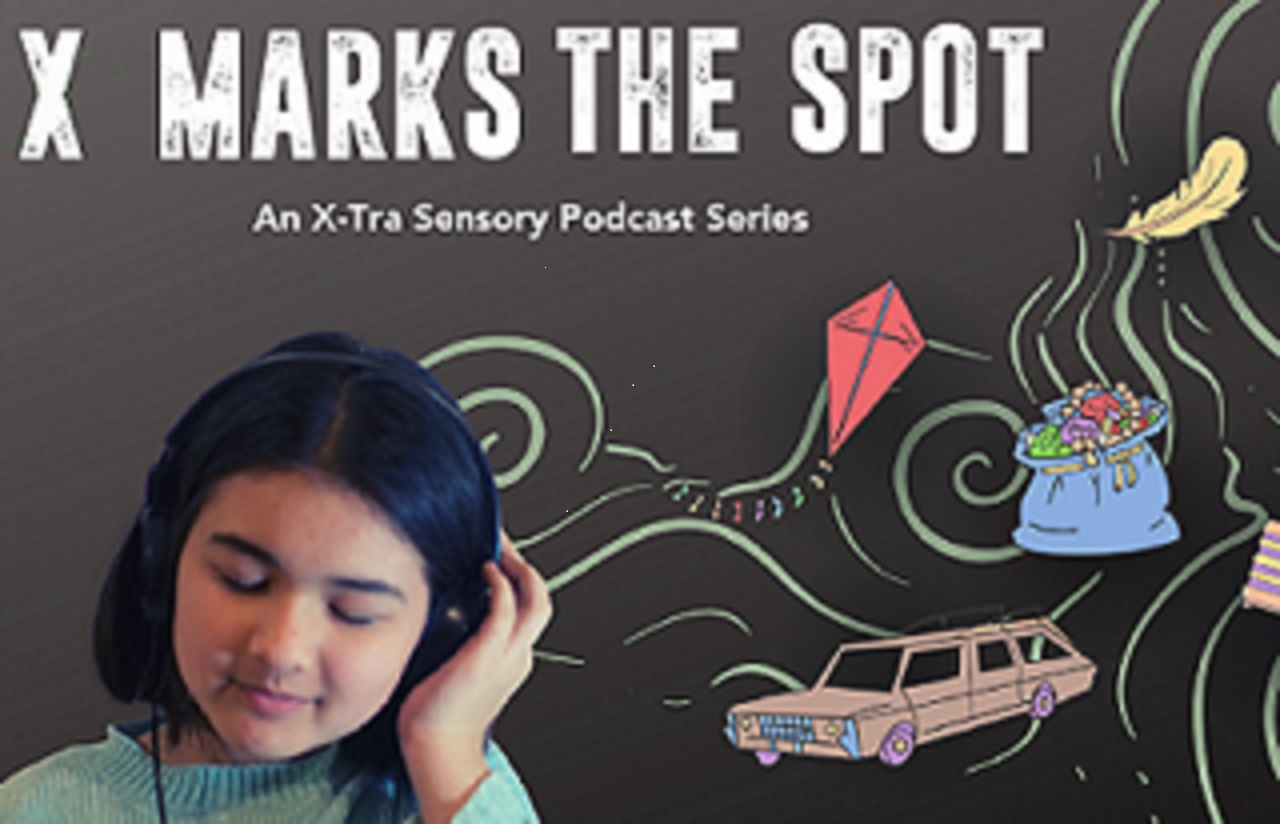 X-Marks the Spot is a five-part, serialized audio play based on Chicago Children’s Theatre’s acclaimed 2019 world premiere production of the same name, conceived and directed by CCT Artistic Director, Jacqui Russell. Both the stage play and the new podcast were inspired and informed by Russell’s 2018 residency at Otis Elementary, a CPS school in Chicago’s West Town community with a population of students who are visually impaired. That said, this exciting new family adventure is fantastic for all audiences, with a goal of inspiring young listeners to engage more deeply with all five of their senses. The cast of voice-over performers includes three students from CCT education programs, including a student with a visual impairment who participated in the residency that initially inspired the production.

New episodes will be released each Friday at 12PM on Apple Podcasts, Spotify, Soundcloud or Pocketcast. An all-text, captioned version will also be posted on our Youtube channel, CCTv.

Recommended for ages 7 and up

X-Marks the Spot is a clever, funny story of a Chicago family who relocates to a Michigan lake community. Woven into each episode are key moments when the characters and listeners are encouraged to connect with their sense of smell, sound, taste and touch. Each episode ends with a good cliffhanger, plus a suggested activity kids can try at home to better connect with the world around them using their senses.

“I think of X-Marks the Spot as an example of ‘reverse inclusion’ – or creating a work of theater that starts with the audience that, typically, is added last. For example, we didn’t start with a play for sighted audiences and tack inclusion on at the end in the form of, say, a Touch Tour or audio description. Rather, we created a work in which the visually impaired community was the first audience we considered, but knowing all audiences would be able to engage with the story, emerge more curious about experiencing life with a visual impairment, and plug more deeply into all five of their senses.” – Jacqueline Russell, Co-Founder and Artistic Director, Chicago Children’s Theatre.