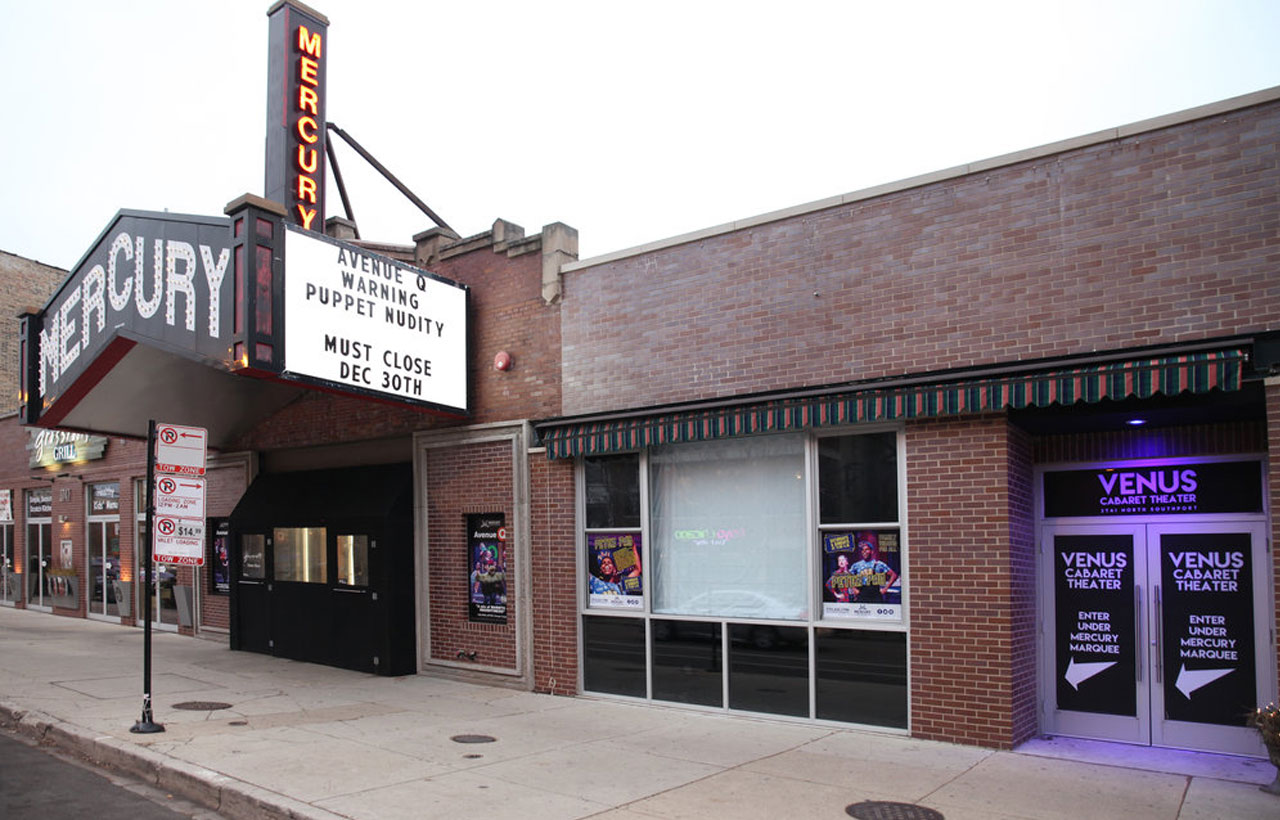 The building that houses the Mercury opened in 1912 as a silent film nickelodeon, named The Blaine Theatre after the actor and former Senator and Secretary of State James G. Blaine. The Blaine became obsolete when talking pictures became popular nationwide in 1928. The building served a variety of uses until 1994 when it was purchased by theater producer Michael Cullen and transformed into a live theatre, named the Mercury Theatre.