Highstreet and Mook Present: Tomorrow Land
Comedy
With a winking look at the future and two feet firmly planted in the present, Tomorrowland is not a show to be missed!
more details

Baby Wine is an all-gay improv supernova with universally relatable scene-work from a cast filled with unique points of view. Baby Wine can only be described as a … 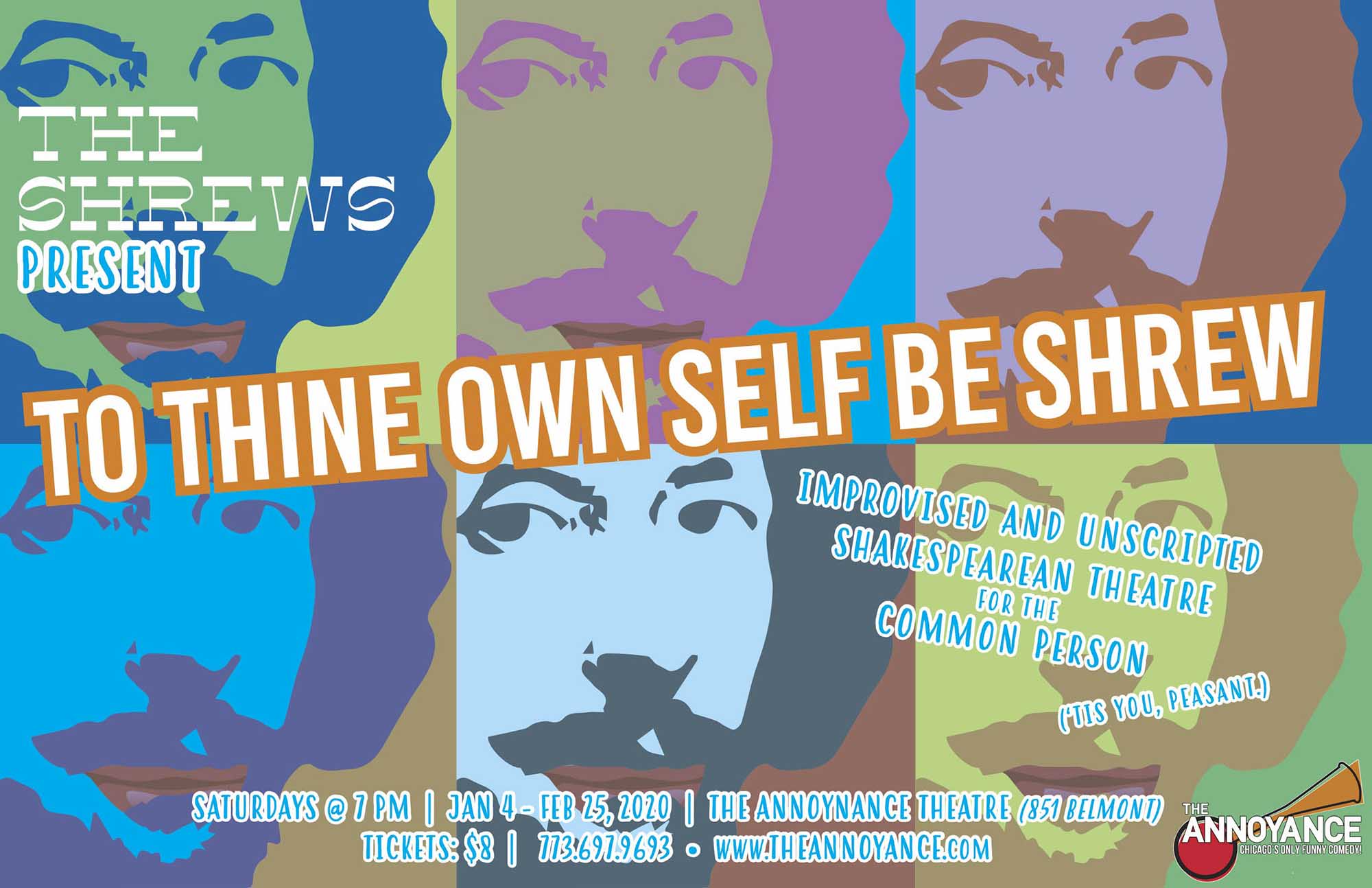 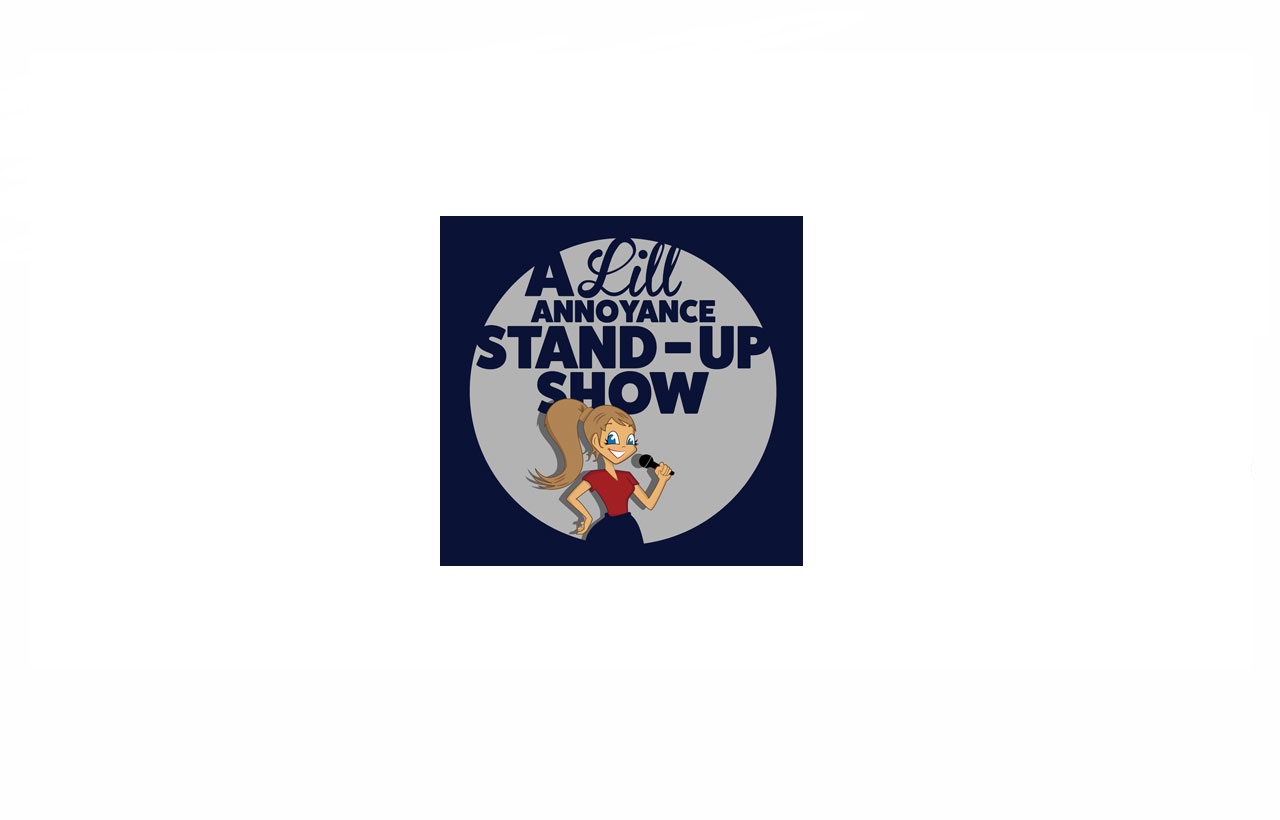 A 1 hr li’l Stand-Up Comedy Showcase hosted by Lill Allison at The Annoyance in the li’l theater!!!

A Smashing Good Time
Comedy, Improv
Everyone has meaningful objects in their life, even ones we may not love. Come explore the objects that define us, the relationships that made us, and the explosive power of catharsis.
more details

Scotch & TV Dinner
Comedy
Join the cast of Scotch and TV Dinner as, through the magic of sketch comedy, they take you back to the 1950s.
more details 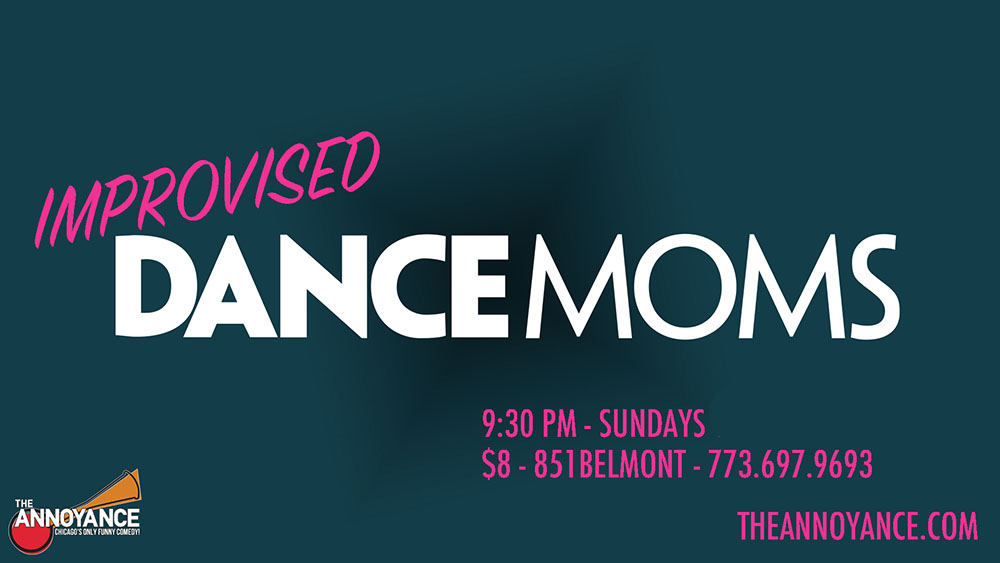 Written and Performed by Eric Wiig
Directed by Ali Barthwell

CatDog, Improvised
Comedy
CatDog, Improvised is an twoprov parody of the Nickelodeon cartoon CatDog with KJ Snyder and Tommy Spears as CatDog! The show includes two improvised episodes and features new opening acts and solo performer between the episodes each week.
more details

Improv at The Annoyance: The Cowboy Hour
Comedy, Improv
This right here is the rootinest, tootinest, wildest show in all of Chicago! Action! Campfires! Cows! The Cowboy Hour is anything and everything cowboy, all entirely improvised. Come watch as Improvisers explore various made up towns out west, all based off your recommendations and ideas!
more details 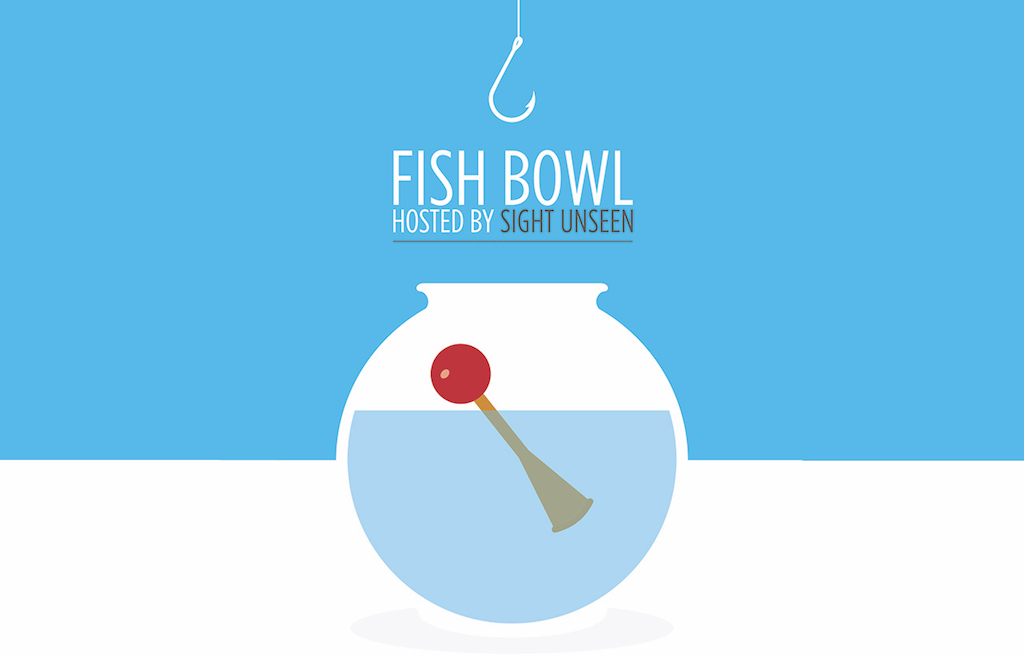 Fishbowl hosted by Sight Unseen is a two act improv show. First, Annoyance Students will get a chance to enter their ID’s into a fishbowl. 5 students selected …

Food Becomes Her
Comedy
In an alternate-future where the government has subsidized food production and the population has been assigned to regulated sectors a wide-eyed teen dreams of going to college and falling in love.
more details

Local Woman
Comedy
Local Woman is a solo show told by a semi-reliable narrator, sharing how one celebratory trolley ride turned into a real ‘crawl out of your own ass’ moment for one unsuspecting spinster.
more details

The Hunking-Evans Middle School Valentine’s Day Pageant
Comedy
Join the students, faculty and community members alike of The Hunking-Evans Middle School as they celebrate love this Valentine’s Day with a properly themed pageant. There will be acts and performances from a variety of performers including sketches, dancing, music and more!
more details

You Compete Me
Comedy
You Compete Me is a varied bundle of sketch, music, and physical comedy crafted to show that even when we’re fighting, we’re still on the same team.
more details 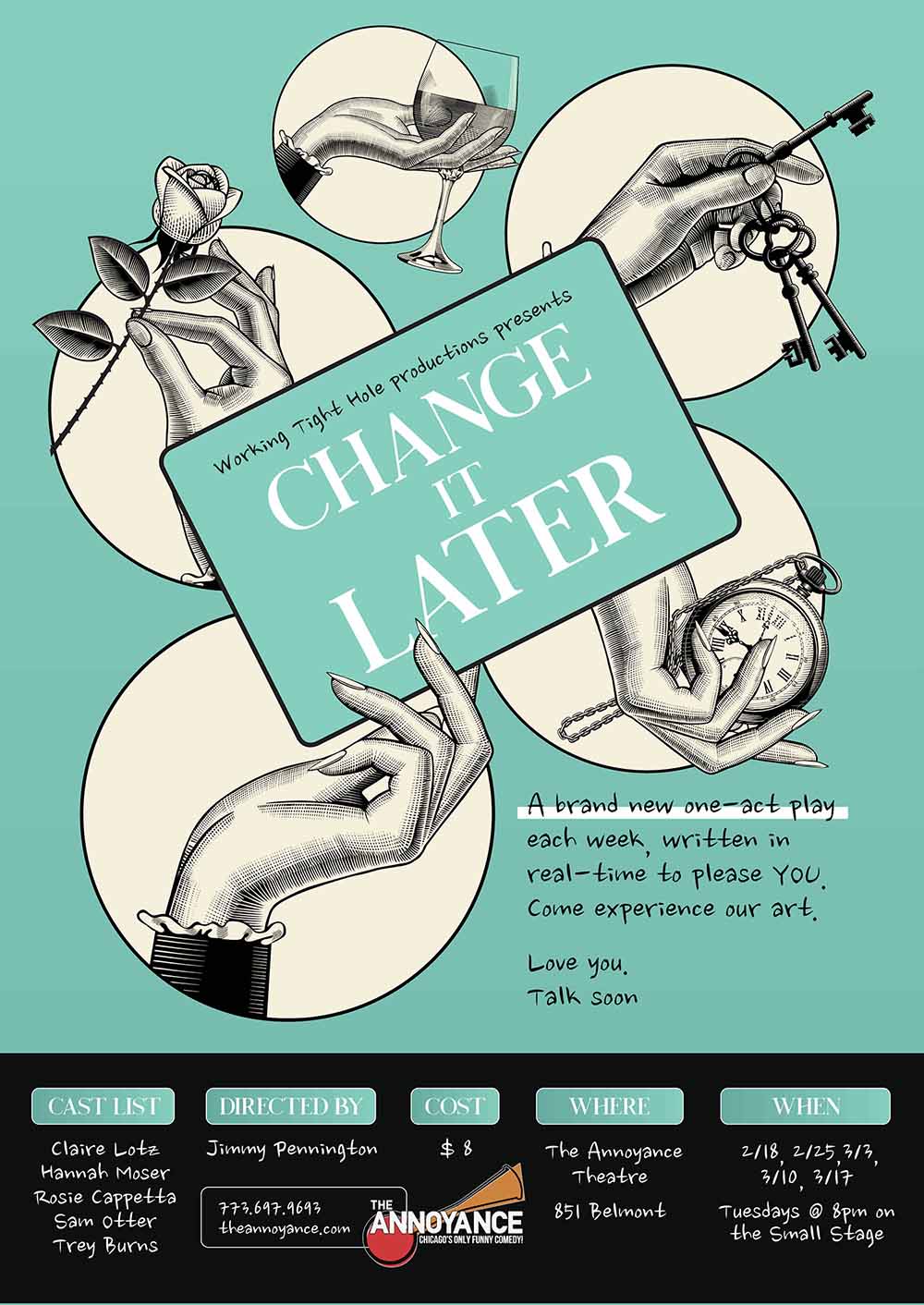 Change it Later
Comedy
Working Tight Hole productions presents Change it Later – an original, choose your own adventure, one act play that we create each week, based on feedback from YOU, the audience. After every show, you tell us exactly what you want to see next week, and your wish is our command!
more details

851 W Belmont
Chicago IL 60657
www.theannoyance.com
773-697-9693
The Annoyance, founded in 1987, has created over 100 shows spanning improvisation, sketch, one-act and full-length plays, cabaret and burlesque reviews and original musicals. Hundreds of people have been a part of The Annoyance, many of whom can currently be seen on local and national stages, television and in feature films. Also, we have a bar.